A favorite song from the movie of the same name comes to mind frequently when I share about Natasha's adventures these days:


I forgot all the fun involved in raising a young, teething, curious puppy whose only brainwave is signaling her mouth to chomp on what ever happens to be in front of her nose at the moment. Items she has managed to digest in her 6 months of life include most of my container garden plants (roses, herbs, climbing vines, camellias), some more than once or twice as I replace them with new.  Once she finished devouring those she would move onto digging for their roots. I guess she felt she had to clean her plate, or would that be the pot? 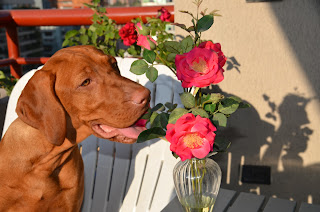 Then of course there were the random shoes that didn't make it safely into the closet followed by the smelly socks. Next Natasha discovered the Neosporin. She chewed off the top, through the tube and finished off the contents inside. We now have the number of the Poison Center (800-222-1222) next to our vet's number on speed dial!

The carpets were another favorite. We decided to save them from both the inevitable pee-stains and now chewed corners by rolling them up along with their carpet pads. Little did we know how much fun she would have by chewing straight through the middle of the rolled up foam pad as though it were super-sized burrito. 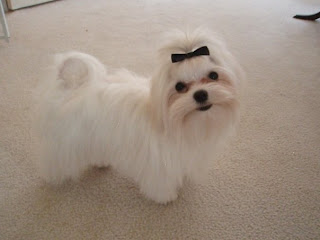 Natasha even took to chomping on Samson our Maltese! She would sneak up behind him snap his feathery tail into his mouth and chew on the ends much as a little girl would nibble at the ends of her hair. This quickly became a game designed for one in which Sammy, attempting to escape from her mouth as floss through teeth would be slung with a quick toss of Natasha's head across the bare floors like a hockey puck on ice. Then the game would repeat itself until Natasha's teeth were clean or Sammy found a low enough corner to hide under.


When I saw what she ate next, it became crystal clear to me that what we really had was a beaver in puppy's clothing!


This taste treat was enjoyed while we were out for the evening. As a result we have established new habits in the care of the rest of the house and the security of her tender tummy. 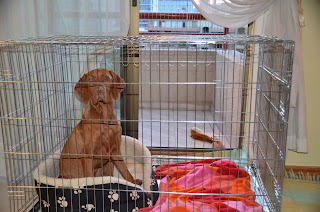 To learn about kennel training visit:


How to Crate Train Your Dog or Puppy

Kennel Training and other tips